FCC Headquarters has moved. The new address is 45 L St. NE, Washington, DC 20554. The change is effective immediately. The FCC announced plans to move last spring, but the transition was delayed by the COVID-19 pandemic.

The FCC, like many federal agencies, has its own zip code, so there will be no disruption in mail delivery sent by USPS to the former address. The FCC still prohibits the delivery of hand-carried documents, and all COVID-19 restrictions or instructions regarding access to FCC facilities remain in place at the new location.

“The FCC continues to balance its efforts to be accessible to the public with the need for heightened security and health and safety measures and encourages the use of the Commission’s Electronic Comment Filing System (ECFS) to facilitate the filing of applications and other documents when possible,” the FCC said in an October 15 Public Notice.

Due to the pandemic, the move was accomplished by professional movers without the presence of any employees, all of whom had been working from home. An attempt was made during the summer to let employees back into headquarters for a day to pack up their offices and remove personal belongings, but that plan had to be scrapped after several employees tested positive for COVID-19.

Most FCC staff continue to work from home and are not expected to be physically present in their new offices before next June.

In anticipation of the planned move, the FCC last spring also announced the adoption of a new FCC seal. The redesign is the product of an agency-wide contest that solicited proposals from employees and contractors. The revised design incorporates several elements: communications technologies; four stars on the outer seal border, drawing from the legacy of the predecessor Federal Radio Commission (FRC) seal, retaining the three-wire dipole supported by two towers; 18 stars on the shield, recognizing the current number of bureaus and offices; and the eagle and shield, identifying the FCC as a federal government agency.

Official use of the new seal was to begin following completion of the FCC’s move from The Portals to its new location on L Street NE.

The 2021 ARRL Simulated Emergency Test (SET) is Just Ahead 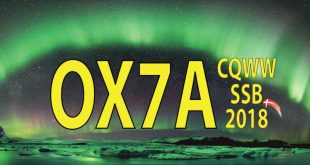