The world’s first wooden CubeSat successfully completed a test flight into the stratosphere in June. WISA Woodsat is constructed using birch plywood panels in a 1U configuration measuring 10 centimeters square. Nine small solar cells will power the satellite, which will orbit at an altitude of 500 – 550 kilometers. The novel spacecraft will carry several amateur radio experiments as well as photo downlinking, including selfies. A goal of the project is to determine how well wood products will perform in space.

During the recent test, a functional model of the WISA Woodsat climbed 19 miles into the sky tethered to a weather balloon. The satellite’s camera captured a “selfie” video of the balloon bursting. A parachute deployed to take the nanosatellite back to Earth, where it was recovered intact, lodged in a spruce tree.

The test satellite and a duplicate “spare” version, were manufactured at UPM Plywood’s Savonlinna, Finland, factory. The company sells its construction-grade panels under the WISA trademark. The panels were thermo-vacuum dried and processed on a CNC machining center.

The wooden satellite is based on a basic, versatile CubeSat format, Kitsat, which is designed with educational use in mind.

As the sponsor quipped, “WISA Woodsat will go where no wood has gone before. With a mission to gather data on the behavior and durability of plywood over an extended period in the harsh temperatures, vacuum and radiation of space in order to assess the use of wood materials in space structures.”

Once in orbit, Woodsat will be able to extend its selfie stick to capture photographs of the wooden box as it hurtles through space at 40,000 kilometers per hour (24,800 miles per hour. This will allow the mission leaders to monitor the impact of the environment on the plywood.

A team at Kyoto University in Japan is also drawing up plans to put a wooden satellite into space in 2023. 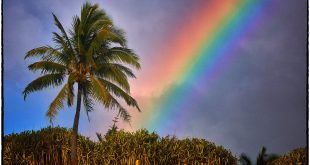 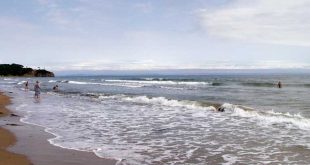 RA0FF will be active from Sakhalin Island in RSGB IOTA Contest, 24 – 25 July …