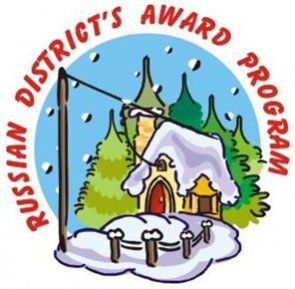 The RDA Russian Districts award program and the corresponding RDA Contest have been attracting radio amateurs in Russia and in other countries of the world for over 20 years. Judging by the RDA cluster, 200, 300, and sometimes 400 people are on the RDA frequencies in search of rare districts of Russia.
In this article, we will be telling you how the RDA program started, who was at the origins and whose efforts support the popularity of the program today.
The idea of creating the RDA (Russian Districts Award) diploma program appeared and was implemented in 2001 by the Russian radio amateur Roman Novikov RA3R.

The main goal and objective of this program is to give radio amateurs around the world a chance to establish QSO radio communications with various districts of Russia. Each Russian district is assigned a unique RDA number, which consists of the abbreviated name of the Region used in the Russian DX Contest rdxc.org/, e.g., TB for the Tambov region, and a two-digit number. Each RDA number has the form like TB-01 and so on.

To date, there are 85 regions and 2,642 districts in Russia that have been assigned RDA numbers. The full list of districts of Russia can be found here:
rdaward.org/rda_rus.txt

In order to make this idea come true, it was decided not to limit the participants to one diploma and make the conditions for the implementation of the program too fast and simple, but to set up 6 levels of diplomas: RDA-100, RDA-250, RDA-500, RDA-1000, RDA-1500, RDA-2000, and issue them depending on the number of confirmed RDA districts. We have been working with the same printing house – Sergey’s UA1OMS QSL Print Service qslcard.ru/ – all this time. It was decided to award the highest degrees of RDA-2500 and RDA-ALL in the form of plaques. They have been manufactured at the facilities of the well-known Dialog-Conversion company for more than 20 years dialcon.ru/.

Over the course of preparation of the program, the Provisions of the diploma programs USA-CA, JCC, DDFM, WAIP, etc. were studied, and the RDA rules were developed taking into account other programs’ positive and negative aspects. The main objectives of the RDA program are:
• to form a group of active radio amateurs that have all the necessary equipment and are ready for autonomous multi-day expeditions to the most remote points of Russia at any time of the year;
• to use the experience of mobile operators and their equipment to provide emergency radio service in case of emergencies, floods, fires, earthquakes, tornadoes, and any other situations when other types of communication are impossible;
• to establish connections with search and rescue organizations (such as Liza Alert lizaalert.org/ and VSO “Angel” angel.aopa.ru/);
• to give radio amateurs with special needs an opportunity to communicate on air, to help them with the organization and support of expeditions;
– to attract young radio amateurs to the RDA program both as Region Hunters and as Activators in order for them to get training and acquire technical experience.
– to enable radio amateurs around the world to establish radio communications with all regions of Russia from Kaliningrad to Kamchatka;
– in the process of completing the diploma program,encourage the participants to study the history and geography of the country.

Thanks to the support from numerous amateur radio teams, the first expedition trips to various regions of Russia took place at the end of 2002. The teams of RK3RWT, RK0AXC, RK6YYA, RN9WWW, RK3EWA, UE9FDA made continuous visits and activated the RDA regions in different parts of the country. The participants went on longer and more remote expeditions while gaining experience and updating their equipment and antennas. For example, the RK6YYA team was able to make a long-term RDA expedition from Krasnodar to Vladivostok and back by car, covering more than 20 thousand kilometers and activating more than 300 RDA districts. It was the longest RDA expedition which lasted more than 30 days.

In 2003, in order to boost the popularity of the RDA program around the world, Roman Novikov (RA3R) decided to initiate the holding of international competitions among radio amateurs, the RDA Contest rdaward.org/rdac.htm. The main goal of the competition was to establish the maximum number of radio communications with Russian radio amateurs as well as to provide mobile operators with the opportunity to travel to various points of the country and prepare equipment and antennas for participation in these competitions in autonomous conditions. The RDA Contest is an annual competition, which is traditionally held at the end of August. Thousands of radio amateurs from all over the world take part in it.
The winners receive diplomas and plaques while teams and individual radio amateurs are also awarded for trips to remote and hard-to-reach areas of Russia.

Oleg UA9QCQ provides assistance in organizing and conducting the RDA Contest. In addition, a unique competition-judging program is used ua9qcq.com/ru/main.php?lang=ru&mf=0.
The number of participants, thanks to prompt judging and awards, is increasing every year and has reached several thousand radio amateurs around the world.

Over the years of cooperation with Andrey, R1CF, a server with detailed maps of Russia, cities, borders of districts and regions has developed and is currently being used : r1cf.ru/rdaloc/
Andrey is also the developer of the RDA region accounting program, which is popular among radio amateurs: r1cf.ru/rda_activator/

We have also been cooperating with the R7AB team, more specifically, the programmers Svyatoslav R7CL and Alexander (without a call sign), as well as with their permanent leader – Alexander Dubovtsev. A monitoring program for mobile and stationary amateur radio stations, a section of the hardware log, QSO statistics and a chat were developed through mutual effort tnxqso.com/#/stations. To work with tnxqso, you need a smartphone program developed by Svyatoslav R7CL. The QTH now program sends your current coordinates to the TNXQSO.com server. The TNXLOG computer program keeps a station log, and QSO data is sent to the server from the TNXQSO.com program which go to the Online Log tab. The R7AB team has also developed a database of call signs and RDA numbers of almost all amateur radio stations in Russia: cfmrda.ru/#/callsignsRda. The base is constantly filled with new call signs.
The main and most important idea of the RDA diploma program is the Automatic credit of the regions of Russia.

The idea of auto-offset was invented and implemented by Roman Novikov in 2004, but it is impossible to compare the auto-offset of 2004, which consisted of just one table, with the existing Auto-offset portal with a lot of useful information. There are no analogs to this idea in any diploma program. The author of the modern Auto-offset is Aadu ES1TU. In 2009, the automatic RDA offset moved to its online platform and became the basis of the RDA program: mydx.eu/. Since the move, there has been progress in the development of the RDA program: in addition to Russian radio amateurs, foreigners also began to show interest in the “regions of Russia”, and by 2020 most of the issued RDA diplomas had been sent abroad.
But let’s go back to the Autofill mydx.eu/. Each participant of the RDA program can see their progress in completing diplomas in real time and participate in the rating of confirmed RDA districts. There is also a rating by country: for example, Swedish radio amateurs can determine the most successful RDA participant in their country. Each Activator can upload logs and confirm their districts to other participants of the RDA program.

For off-air communication, a special RDA forum is used (groups.io/g/rda), which allows you to quickly exchange information, solve problems and questions that might arise.

The RDA community invites radio amateurs from all over the world to take part in the Hunt for the regions of Russia, which is one of the most interesting areas of amateur radio life.

ARISS Contact Scheduled with Patients at the Children’s National Hospital

Elvira, IV3FSG will be active as C92R from Mozambique in October 2021.She will operate on …