Nine Boulder County (Colorado) Amateur Radio Emergency Services (BCARES) volunteers turned out on December 30, 2021 as the devastating Marshall Fire roared through Superior and (portions of) Louisville, Colorado. Intense winds whipped a grass fire south of Boulder near Marshall into a massive firestorm that became too large and fierce for firefighters to battle.

“The only battle was evacuation, as the towns of Louisville and Superior and [the] northern suburbs of Denver lay in the fire’s wind-driven path,” said Amateur TV (ATV) enthusiast and dealer Jim Andrews, KH6HTV, of Boulder. Andrews said the only thing limiting the fire’s spread was the fact that the winds diminished by that evening.

“By that time, hundreds of homes had burned down,” Andrews said, whose own house among them. “This was not a typical forest fire, but an urban firestorm.” Thousands of people were evacuated.

BCARES Board of Directors Chairman and Region 1, District 3 Emergency Coordinator Allen Bishop, K0ARK, said that a request from the Boulder Office of Emergency Management (OEM) to activate the emergency operations center (EOC) is what initiated the ARES activation. “At that time, staffing was initiated with the activation of the BCARES Radio Network, with three BCARES members assigned to the EOC,” Bishop said. The BCARES Net was promptly activated.

“To facilitate a restoration of these emergency services, BCARES activated the Mountain Emergency Radio Network (MERN),” Bishop said. Established in 2010, MERN consists of repeaters installed at fire stations in Gold Hill and Allenspark, at community centers in Nederland and Raymond, and the privately owned Airlink Repeater. “These repeaters provided the emergency communication links that facilitated the restoration of 911 communications back to the dispatch center for the duration of the power outages,” Bishop explained. The Allenspark Neighbors Emergency Network (ANEN) and Airlink (Alternate Access Radio Network) participated.

As Andrews reported, Boulder County announced on New Year’s Day that nearly 1,000 homes were lost. In addition to his own home, the fire destroyed his daughter’s home next door, as well as the homes of all his close neighbors. “We had no official warning of the coming firestorm,” Andrews said. “My only warning was from our daughter who saw it happening.” No one died as a result of the fire, but, Andrews added, “KH6HTV VIDEO, as a supplier of ATV gear, will be out of operation for a very long time to come.” Andrews edits the monthly Boulder Amateur Television Club TV Repeater’s REPEATER newsletter. 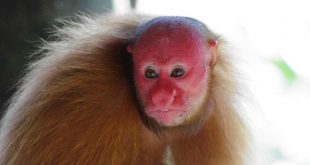 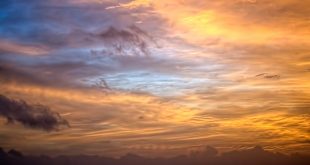